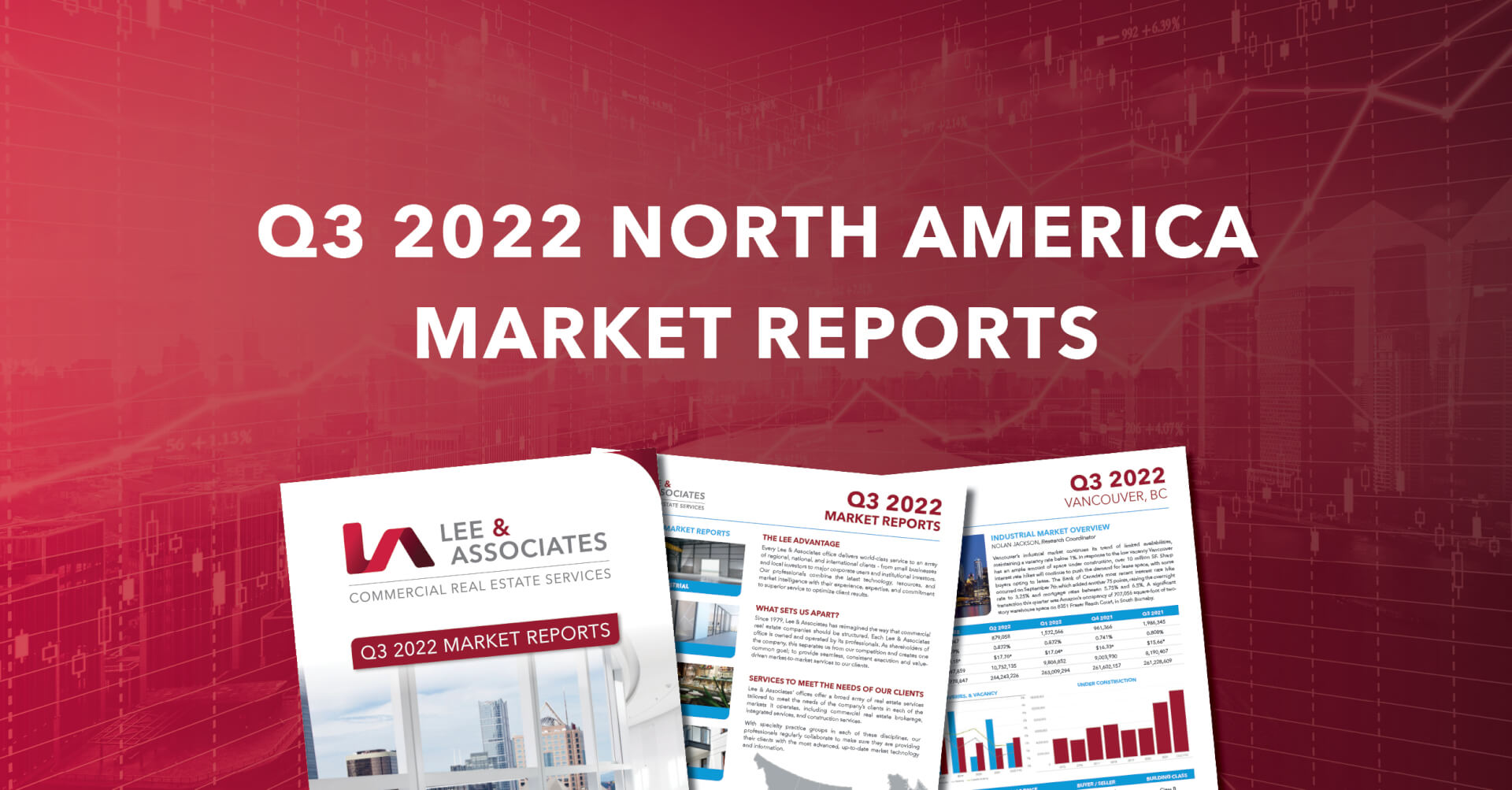 Vancouver’s industrial market continues its trend of limited availabilities, maintaining a vacancy rate below 1%. In response to the low vacancy, Vancouver has an ample amount of space under construction, over 10 million SF. Sharp interest rate hikes will continue to push the demand for lease space, with some buyers opting to lease. The Bank of Canada’s most recent interest rate hike occurred on September 7th which added another 75 points, raising the overnight rate to 3.25% and mortgage rates between 5.75% and 6.5%. A significant transaction this quarter was Amazon’s occupancy of 707,056 square feet in a unique two-storey warehouse building at 8351 Fraser Reach Court in South Burnaby.

After Q3 of 2022 saw more interest rate increases from the Bank of Canada, and even higher inflation than the previous quarter, lease and sale activity for office space began to slow down. Purchasers may no longer be able to afford office sales, and tenants may now be more reluctant to commit to a lease with the looming forecast of recession. However, as tech still drives our office market, full floor plates are still in demand. Most of these have been coming from new builds.

More pre-leases are expected as high-quality office buildings get closer to completion. A few of these in the downtown core are expected to complete in the final quarter of 2022. However, as these new buildings are delivered, vacancy is expected to increase due to a slowdown of leasing activity – especially in downtown Vancouver.

Consumers were still battling a decrease in purchasing power over Q3, as both inflation and interest rates increased. In Canada we have now seen 5 large rate hikes in 6 months, and in BC we are still facing sky-high gas prices along with inflation of 7.3% (down from 8% in July). Although some have been cutting back on non-essential spending, retail spending was still up this summer compared to summer of 2021. Metro Vancouver also encountered a 2-week liquor strike at the end of August, which saw liquor stores and restaurants face a limited supply of liquor. This negatively affected the sales of these retailers, but as of the first week of September, the strike went on pause as negotiations started.

While vacancy remains low and retail space stays in demand, the retail market in Vancouver has yet to take a downturn. However, the effects of inflation and interest rates are expected to be felt further as shoppers tighten up spending even more and retail sales slow over the next few quarters.