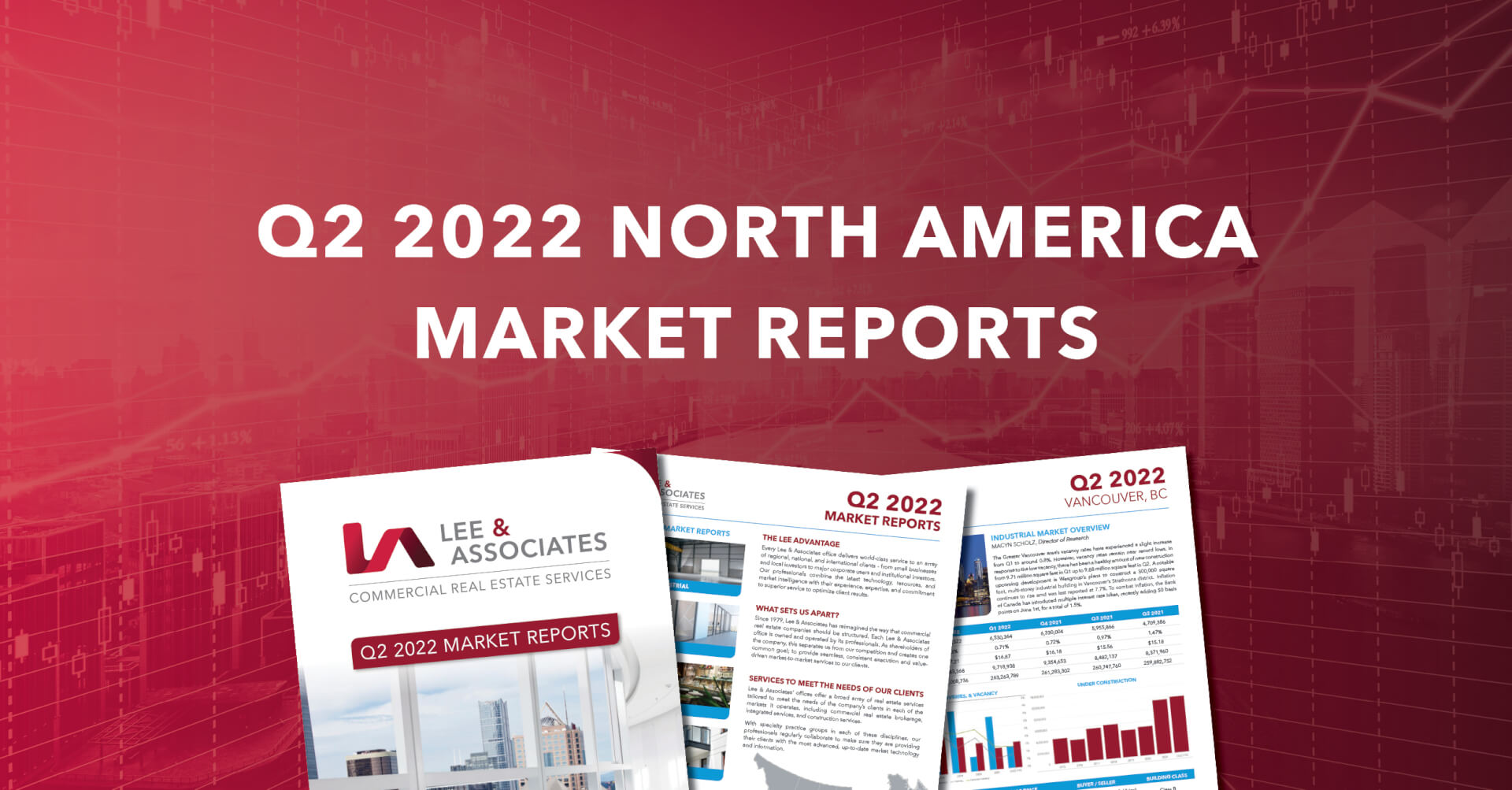 The Greater Vancouver area’s vacancy rates have experienced a slight increase from Q1 to around 0.8%. However, vacancy rates remain near record lows. In response to the low vacancy, there has been a healthy amount of new construction from 9.71 million square feet in Q1 up to 9.88 million square feet in Q2. A notable upcoming development is Wesgroup’s plans to construct a 300,000 square foot, multi-storey industrial building in Vancouver’s Strathcona district. Inflation continues to rise and was last reported at 7.7%. To combat inflation, the Bank of Canada has introduced multiple interest rate hikes, recently adding 50 basis points on June 1st, for a total of 1.5%.

Vancouver is starting to see a much stronger return to office after Q2 of 2022. Not only is this demonstrated by a higher daytime population in the downtown core, but multiple large-scale lease transactions were executed this quarter, like Lululemon snatching up 120,000 square feet, and Microsoft taking up 400,000. These are the largest leases of downtown office space in years. This proves that companies are confident in the return to the workplace, and the demand for space is still robust. Besides this Lululemon deal, most of the demand for Vancouver office has been driven by tech and life sciences.

Although higher inflation, interest rates, and a stock market dip have perhaps slowed a desire for some to commit to new space, there are reports of many pending deals and offers in place to lease downtown core office space. The last half of 2022 is anticipated to be even stronger as more deals are announced and workers continue to return to office in higher numbers.

Inflation continues to rise throughout Q2 of 2022, and in June it reached its highest level in 40 years – 7.7%. More interest rate hikes are expected, retailers are still battling supply chain issues, and prices continue to climb. Despite this, consumers are still showing a willingness to spend. This can be attributed to pent-up demand from pandemic restrictions, as well as increased foot traffic in downtown areas due to the return to office. The second quarter also demonstrated a renewed confidence in investment for the Vancouver retail market, as multiple large shopping centers were sold. One of which was 1.2 million square feet, and although the price was not disclosed the assessed value is $407 million.